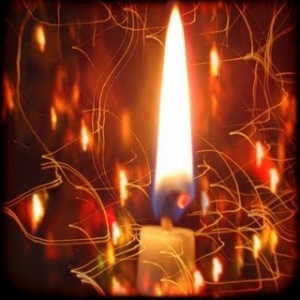 Consciousness
Within you
Be a light

This is in Hay(na)ku form.

“Hay(na)ku is a 3-line poem with one word in the first line, two words in the second, and three in the third.

Hay(na)ku is considered a modern poetry genre, first presented in June 2003. According to J Zimmerman, in a traditional Hay(na)ku, there are:

A tercet: 3 lines.
A total of 6 words: 1 in the first line, 2 in the second line, and 3 in the third line.
There is no restriction on syllables or stressed or rhymes.

In the ‘reverse’ haynaku, the longest line is placed first and the shortest last. The total is still 6 words: 3 in the first line, 2 in the second line, and 1 in the third line.
Multiple hay(na)ku can be chained to form a longer poem.”

This is an invitation to join Kellie of Magic in the Backyard:

“Join me every week for One Word Wednesday on Twitter.
I give you one word and you give me a micro poem(s) using that word.”

Magic in the Backyard
One Word Wednesday
on Twitter

Becca is an artist, poet, and animal communicator. She delights in cooking, nurturing, and sharing a rich spiritual life with others on the Path.
View all posts by becca givens →
This entry was posted in Hay(na)ku, Reverse Hay(na)ku and tagged consciousness, Haynaku, Magic in the Backyard, One Word Wednesday, reverse Haynaku, speak your truth, truth. Bookmark the permalink.

1 Response to Consciousness within You