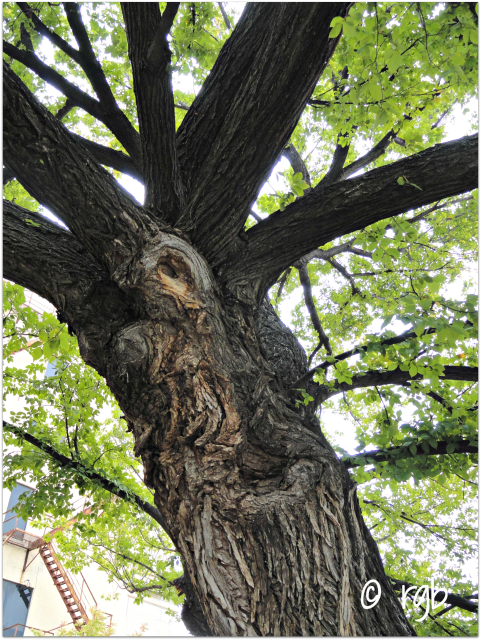 The Survivor Tree in the heart of downtown Oklahoma City is an American Elm Tree which more than 80 years old.  It survived the April 19, 1995 terrorist bomb’s blast.

The tree was almost chopped down to recover pieces of evidence that hung from its branches and embedded in the trunk of the tree due to the force of the bomb that killed 168 and injured hundreds.

Community members, family members of those who were killed, survivors and rescue workers came together to write the Memorial Mission Statement.  One of its resolutions required that the Memorial include the “Survivor Tree”.

Cuttings of the Survivor Tree are growing in nurseries all over Oklahoma.  Owners of the participating landscape nurseries, arborists, urban foresters and expert horticulturists from across the state and country have come together to work and preserve this piece of history; no charge to the Memorial for their services.  None of these people have ever charged the Memorial for their work.

Each year, the Memorial Facilities and Grounds crew are provided hundreds of seeds.  They plant the seeds and distribute the resulting saplings each year on the anniversary of the bombing.  Today, thousands of Survivor Trees are growing in public and private places all over the United States.

Becca is an artist, poet, and animal communicator. She delights in cooking, nurturing, and sharing a rich spiritual life with others on the Path.
View all posts by becca givens →
This entry was posted in Photos and tagged nature, photography, The Survivor Tree, trees. Bookmark the permalink.