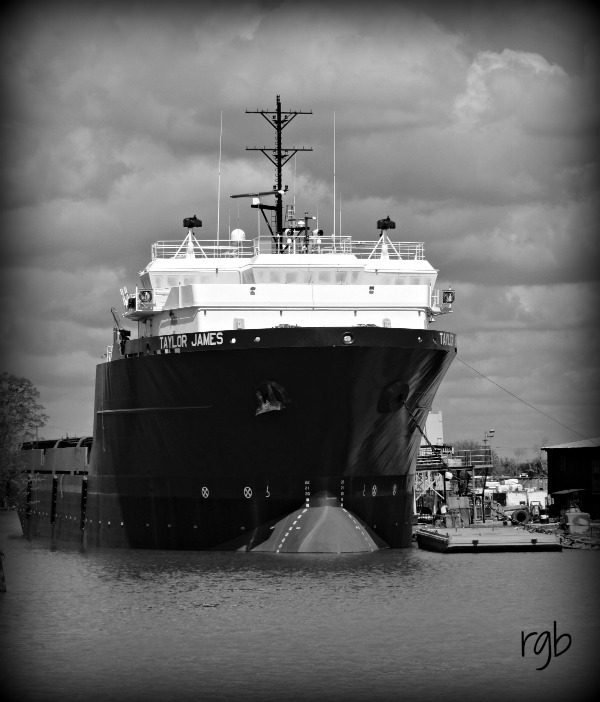 The “Taylor James” launched in November 2012.  This photo was taken in Lockport, Louisiana in March 2013, where it was built.   The name was changed to “Harvey Hawk” in August 2013.   Its flag is USA; its home port is New Orleans, Louisiana.

Becca is an artist, poet, and animal communicator. She delights in cooking, nurturing, and sharing a rich spiritual life with others on the Path.
View all posts by becca givens →
This entry was posted in Photos and tagged big, black and white photos, Cee's Black & White Challenge, Harvey Hawk, offshore ship, photo challenge. Bookmark the permalink.